The Members, Associate members, friends of NFFWRA and their FEPOW families wish to congratulate Mrs Pauline Simpson FEPOW Chaplain and Secretary/Grants Officer on being awarded a British Empire Medal (BEM) in the New Year 2016 Honours List as approved by HM The Queen 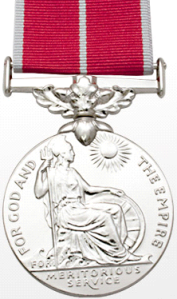 This well deserved recognition is for her commitment to all FEPOW Veterans, their wives and widows by taking care of both their Social Welfare, with Reunion weekends and in respect of the grant support she provides for them, helping them to have a more comfortable and better quality of life. From 2006 the very first FEPOW Reunion weekend organised by Pauline in Scarborough, to 2015 the 70th Anniversary VJ Day Remembrance service Pauline has tirelessly given of her time to them.

The EDP local paper printed – ‘Pauline Simpson has received a British Empire Medal, on the back of a year in which she organised the 70th anniversary VJ Day service of remembrance. It took months of planning for Mrs Simpson, of Neatishead, North Norfolk, to organise the event, which took place in London, and was attended by the Queen and the Duke of Edinburgh. Her father was a Far East Prisoner of War (FEPOW) who endured three and a half years of brutal captivity, including a spell on the notorious Death Railway. Mrs Simpson has been recognised for her role as the secretary to the National FEPOW Fellowship Welfare Remembrance Association, and for her voluntary service to the Former Far East Prisoners of War community’.

The first 2014 NFFWRA Reunion was held at the Chatsworth Hotel, Worthing from Friday 27th June to Monday 30th June as part of the Armed Forces weekend – to coincide with Armed Forces Day on Saturday 28th June 2014 and other events, including a drumhead service, on Steyne Green over the weekend.